Newsletter
Queer Gaze
Explainer
Transgender
Non-binary
What we do
What The Pox?
Journalist Like Me

We're an award-winning independent platform launching the careers of emerging and underrepresented LGBTQIA+ creatives driven by people, not advertisers.

Our top-rated free weekly newsletter is publishing, mentoring, and building the resilience of queer creatives. We've been giving creatives their first commissions for over seven years. Now we're helping them build a media career and working with them to change the industry.

The UK media industry only thrives when it’s bursting with queer talent. Only a media industry that represents hires, and understands us – can help shift the narrative on being queer in the UK.

We are QueerAF – and so are you.

We believe there’s a better way for our LGBTQIA+ community to be seen, heard and celebrated in the media. Let’s rewrite the narrative and change media for good. 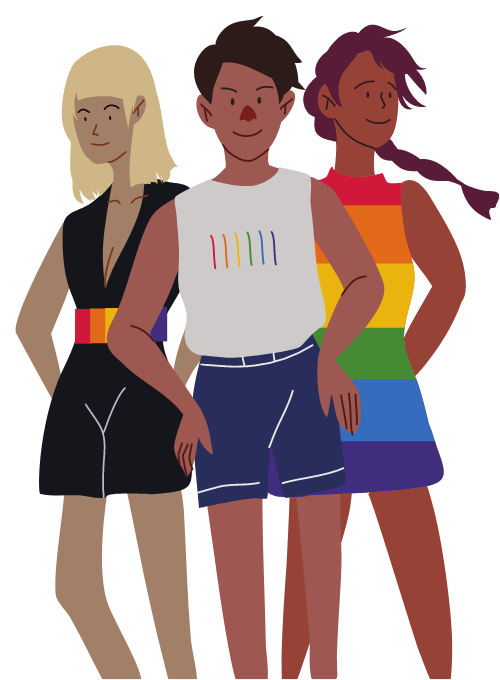 We're a member of the Independent Media Association.

The Independent Media Association is dedicated to promoting the work of independent media, media which is free from corporate and political control.

The UK media is dominated by organisations that are owned by a small number of billionaires or run by the government, adversely affecting the prospects for a genuinely free and democratic society

The Independent Media Association supports news organisations that are run in the public interest.

We're working with the LGBTQ+ Journalism Network to build a thriving network of queer media professionals who are working in the media.

The LGBTQ+ Journalism Network is a space for LGBTQ+ journalists across the UK – and at any stage of their career – to find, support and learn from each other.

The Network was started in January 2022 by Sophie Perry because no such space existed in the industry.

LGBTQ+ journalists have always existed and this space celebrates their work, encourages them and aims to encourage a new generation.

IMPRESS aims to ensure that journalists behave responsibly while protecting their role to investigate and report freely.

All publishers regulated by IMPRESS, like QueerAF, agree to abide by the IMPRESS Standards Code.

This Code seeks to balance the rights of the public, journalists and publishers. The Code should be read alongside the guidance, which provides information about what these rules mean in practice.

QueerAF reviews complaints first and seeks to resolve them. Where appropriate we refer them to IMPRESS in line with our complaints policy.

It's time to change the way the media tells our story

We live in a saturated world of doom scrolling and constant media. Online, digital, mobile, it bombards us wherever we are. But it doesn’t reflect us.

For too long, the media has been driven by short term, revenue-led incentives. The beautiful spectrum of the queer community has been sidelined in the pursuit of clicks.

The diversity of those who write our stories has barely changed. We're misrepresented, by an industry that is fundamentally broken.

Advertising-based media models are struggling. Journalists chase divisive content options to deliver for adverts, not the audience. The situation is getting worse.

QueerAF is going to revolutionise the way in which LGBTQIA+ voices are heard and flourish. Our community-led platform's editorial decisions are in the hands of readers, not advertisers.

How to fix the media

With a new way of creating and consuming fairer, more inclusive media, we can re-write the way in which LGBTQIA+ journalists are funded. We can change how LGBTQIA+ stories are heard.

Together, we can build a more considered approach to our media. That's why we're funded by people, not advertisers. So we can make content that counts - for the community, not clicks.

Our members set the agenda and tell us what to create. We've created an 'open newsroom' culture designed to tell the best version of the story, not simply the fastest.

Our free weekly newsletter, skips algorithms that filter queer content, to help you understand the queer headlines, with valuable analysis.

QueerAF is a platform where creators, journalists and producers can get paid and commissioned directly by the QueerAF community. This, while we mentor them to build a career, work in the industry - and then, change it.

We believe there’s a better way to be seen, heard and celebrated. Join us to change the media for good.

We first launched the QueerAF podcast with National Student Pride funding after our founder was told by a newsroom editor to 'stop pitching gay stories' because – 'there is no money or audience in them.'

Four seasons later, our podcast has an international audience, British Podcast Award wins, ARIAS nominations and industry recognition that our project is vital. 17 budding queer audio producers created an episode of our podcast with mentoring that guides them from pitch to payment.  Using their QueerAF portfolio they went on to work for the likes of the BBC, PinkNews and Gaydio.

Now, to continue this work at scale, we've locked our profits and assets into helping the LGBTQIA+ community as a community interest company.

What is a community interest company?

A community interest company (CIC) is a special type of limited company which exists to benefit the community rather than private shareholders.

We've submitted a ‘community interest statement’, that explains what our business plans to do.

It sets out that we've locked our profits and assets into the LGBTQIA+ community, and to support underrepresented and emerging creatives.

This creates an ‘asset lock’ - essentially a legal promise stating that our assets will only be used for our social objectives. It also sets strict limits to how we use our profits.

Our company's constitution explains we are "not established or conducted for private gain." While "any surplus or assets are principally for the benefit of the community."

We're also regulated by the Government's CIC regulator. We are transparent about how we use our funds, with regular updates in our newsletter.

This is our companies house page.

It takes us a whole week to put together, but you can catch up on the queer world (with your iced coffee) in just 5 minutes.

Our newsletter has an average rating 4.9/5 ⭐ - it's loved by senior media professionals, queer business owners, LGBTQIA+ community leaders and all kinds of queer folk. Our award-winning podcast and newsletter have been featured in:

The media has an incredible power to shift the narratives - but is currently failing us. Our values model the change we want to see and ground our work.

But it's members who drive this mission forward. By chipping in monthly or annually they get exclusive early access to content, a greater say on what we commission - and fund our vital work.

Our members include the likes of the MD of Forbes in Europe, the founder of National Student Pride and the Head of Strategic Partnerships at the UK's biggest radio group Bauer. 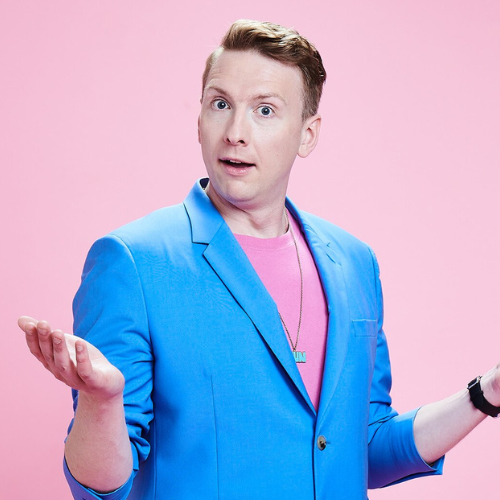 "As I was growing up seeing queer people on television was a lifeline for me and many others in understanding that there was nothing wrong with me - as well as giving a sense of the wider queer community. Representation in the media remains vitally important for young queer people and I wholeheartedly support it."